Professor Gilbert Gigliotti teaches both of the regularly Latin offerings at CCSU, Elementary Latin I and II (Lat 111 and 112) but is also available to teach more advanced courses to students interested in furthering their Latin language skills (WL 125, 126, 200, and various independent study courses, as well), pursuing a minor in Latin, or even seeking cross-endorsement fgrom the state to teach Latin.

Every December, Dr. Gigliotti organizes a collaboration between the CCSU Department of Modern Language and ClassConn, the Classical Association of Connecticut, on a "Latin Carol Sing," inspired by the "Latin Carol Celebration" of the Classics Department at Brown University. "Jingle Bells," "White Christmas," and "Rudolph the Red-Nosed Reindeer" in Latin?  Certe!

He earned his H.A.B. in Classics at Xavier University and a Ph.D. in Comparative Literature (Latin, Greek, and English) at the Catholic University of America. His dissertation, "Musae Americanae:The Neo-Latin Poetry of Colonial and Revolutionary America," remains the only monograph on American Latin poetry.

Before arriving at CCSU in 1992 he had taught Latin on the secondary level for a decade, and, since then, has taught a variety of independent studies in Latin at advanced levels, on such topics as the history of Latin literature, Julius Caesar, American neo-Latin, and depictions of Dido in Latin literature.

His publications on neo-Latin poetry include: 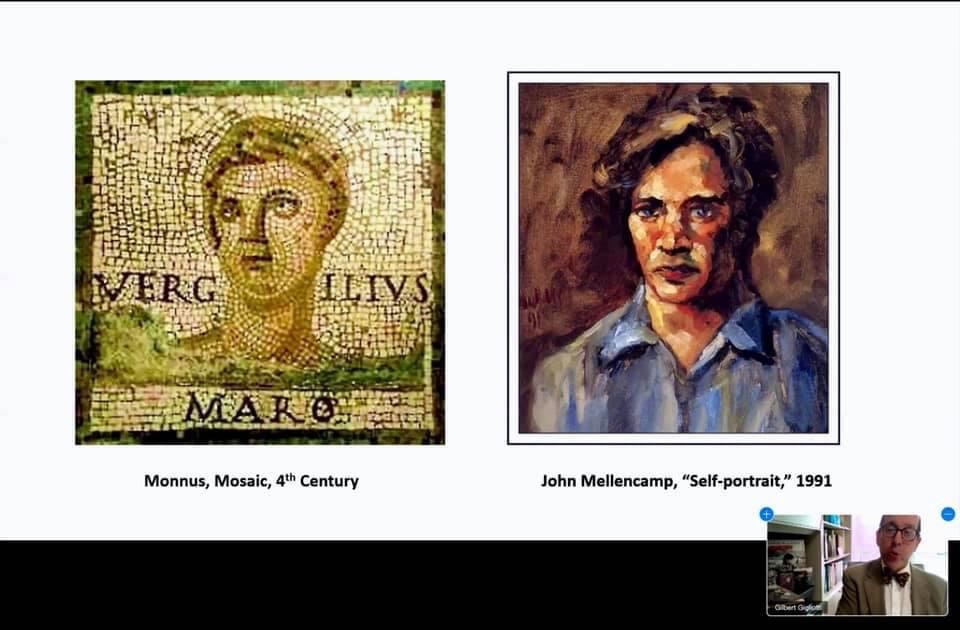 at the virtual Annual Meeting of the Classical Association of Connecticut (November, 2020).