His teaching interests include modern Russian history, modern European history, and intellectual history. His most recent book, The French Revolutionary Tradition in Russian and Soviet Politics, Political Thought, and Culture, was published in 2019 by Oxford University Press. His first book, Vera Zasulich: A Biography, published in 1983 by Stanford University Press, was translated into Japanese. His second book, Meeting the Demands of Reason: The Life and Thought of Andrei Sakharov, published in 2009 by Cornell University Press, was an Alternate Selection of the History Book Club. Interviews he has given on matters concerning Russian and Soviet history have appeared in Harper's Magazine and been broadcast into Russia by Radio Liberty/Radio Free Europe. He has also participated in online symposia on recent events in Russia.

Dr. Bergman is a member of the Board of Directors of the National Association of Scholars and president of its Connecticut Affiliate. In 2009 he was named a member of the Connecticut Advisory Committee to the United States Commission on Civil Rights, on which he served for two two-year terms. Op-eds he has written have appeared in The Jerusalem Post, New York Daily News, Boston Herald, Washington Times, Washington Examiner, Weekly Standard, New Hampshire Union Leader, Providence Journal, Hartford Courant, and local and regional newspapers in Connecticut. 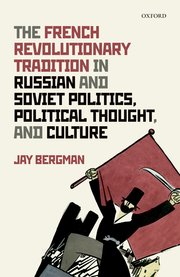